Picture of Andy’s tombstone, with a beautiful sentiment written by his father, Chick Sweet.  While it’s a fine memorial, it’s kind of private, and a long way from the places he pictured so well.

A little over a year ago we had a big campaign to get a street in Miami Beach named for Andy.  There was a lot of enthusiasm and a lot of people really got behind the project, but the city council ultimately decided that streets can only be renamed for… sports figures.

However, the council DID like Andy’s photos, and said they would support putting up a plaque for him in the Art Deco district, if we paid for it.

That’s why we started a GoFundMe page.  With the money we raise, we can put up a nice plaque for Andy in the neighborhood he loved and depicted so well.

We’re also seeking money to continue restoring Andy’s work.  For a man who died so young, he left behind a LOT of great work. Only a fraction of this work has been restored to date.

The most glaring problem is the scanning of the large finished 16-by-16 prints that Andy made.   These unique images are too large for our scanner, and must be sent out to a commercial house for scanning.

Please consider a donation to our GoFundMe.  Every donation helps us toward putting up a plaque that may help people discover Andy’s work, and more restoration that means even more work will be available to see. 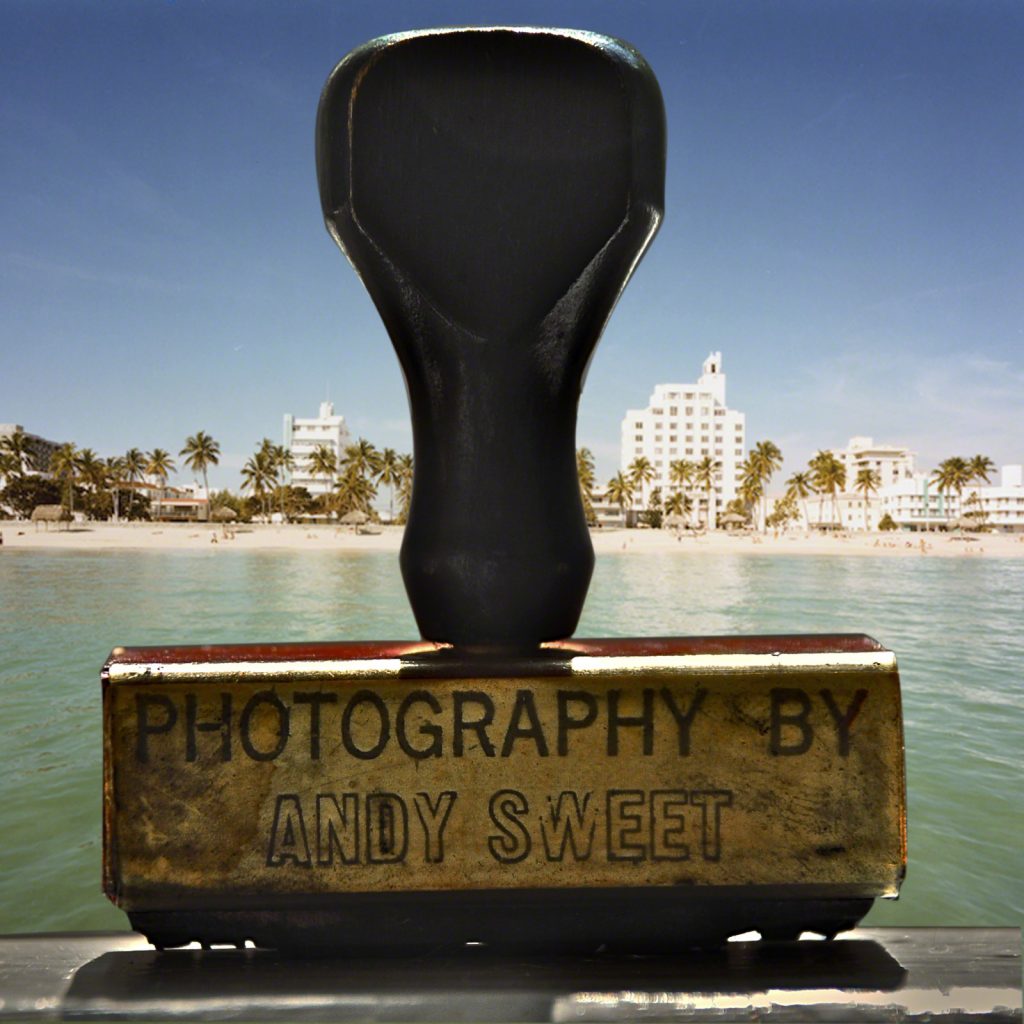